skip to main | skip to sidebar

Sorry I've been rather absent. Here's a few things I did in my last job.

This is what occupied most of my time last year. A really cool game that will never be made! Ah well, that's how it goes in this biz. I still get to draw fun stuff. Those that know me know this is quite a departure from what I'm used to doing but what a great way to stretch those muscles. I don't think I was terribly successful in getting the style like Rafael Colanzo and Bobby Pontillas. Those guys breath this stuff and it's brilliant. It just doesn't come that naturally to me but I had fun trying. These were some of the better ones... 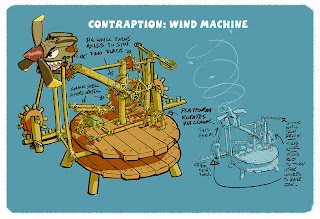 Snabbit! Snapping Rabbit. Wouldn't it be nice if everyone had an evilometer? 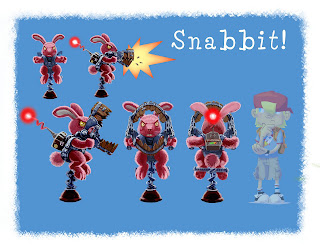 I kinda like this one but if I had it to do over again I would redraw those monkeys. I can't stand the way I drew them. They look like the fell out of some stoner comic from the late 60s. Bah!

Thumbnail process for the Bulkhead contraption... 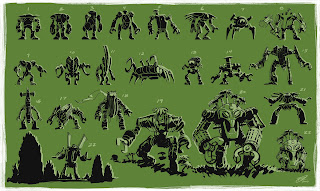 What could be a more refreshing pick-me-up after fighting hordes of mechanical monsters?! Why a fruity beverage of course! 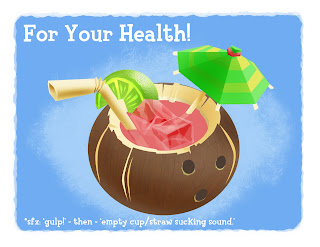 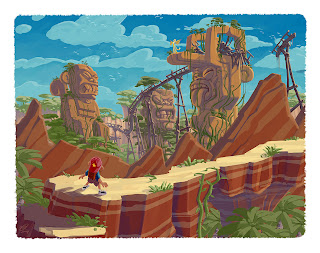 Bulkhead schematic... This guy was fun for me. It took a lot of back and forth to finally come to this design but it works well I think. The whole thing is controlled by a single ships wheel with a small horde of monkeys pulling levers and ropes to work the arms and legs! 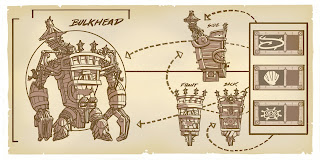 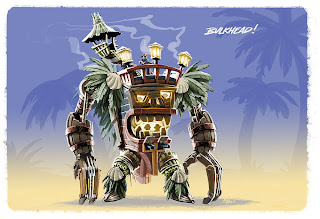 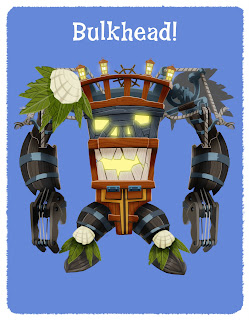 I am drooling over Bulkhead. Amazing stuff.

Sorry for my bad english. Thank you so much for your good post. Your post helped me in my college assignment, If you can provide me more details please email me.

[url=http://hairtyson.com]Phen375 375[/url] are tablets that resist reduce body weight. One of these tabs has to be taken with fizzy water be illogical, round 20 minutes already a meal, twice a day.

- A small powerful or influential gang of highly skilled thugs whose trade or profession requires a lil bit of knowledge about design, drawing, painting, cursing, pasta alfredo, and beating the snot outta people.